Which Countries Are First In Food Safety? 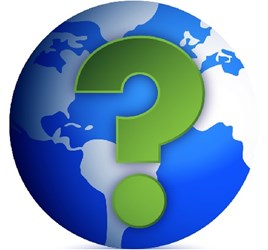 A comprehensive study by the Conference Board of Canada’s Centre for Food in Canada compared the country’s performance in food-safety matters to 17 countries of the Organization for Economic Cooperation and Development (OECD).  According to the 10 indicators spread across three major categories, Canada and Ireland show the greatest public trust in food safety.

The Conference ranked countries based on indicators in risk areas including: Risk Assessment, Risk Management, and Communication of Risk Occurrence.  While the report was compiled by a Canadian group, it is the first of its kind and includes comprehensive metrics.  Other reports have focused on single areas such as violations or traceability.

In the management arena, the group examined national food safety response capability, number of food recalls, food-traceability standards, and radionuclides standards.  The report notes that chemical risks have accounted for over one-third of safety violations with France and Italy showing the best reporting rates of chemical contamination.

The examination showed that all of the OECD countries studied have very-high safety standards in the food industry, but each country continues to face different challenges regarding developing systems and regulations surrounding food safety in the supply chain.  Rounding out the top six, after Canada and Ireland were France, the U.K, Norway, and the U.S.

While all countries showed high standards, a continuing issue remains the lack of global standards and protocols.  The report’s authors, Jean-Charles Le Vallée and Sylvain Charlebois, indicate that as the report was compiled by a group from Canada, future world rankings should include additional data, indicators, and recommended that a summit be held to identify common performance measures for future food rankings.