USDA Proposal Could Allow Fresh Beef Imported From Brazil In The U.S. 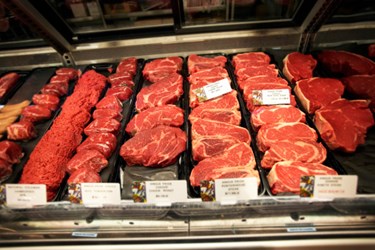 Agency’s new plan aims to allow fresh, rather than pre-cooked, beef to be imported to the U.S.

The USDA’s Animal and Plant Health Inspection Service (APHIS) is looking to, under certain conditions, import fresh beef from 14 Brazilian states. A joint statement was made by the USDA and Brazil’s Ministry of Agriculture, Livestock, and Food Supply on Friday, Dec 20. The announcement confirmed the two countries’ commitment to both science-based legislature and a focus of creating amendments to current rules that limit beef trade.

The new proposal would allow chilled or frozen beef to be imported from Brazil, while continuing to protect the U.S. food supply from Foot and Mouth Disease (FMD). Long-standing concerns about FMD have limited Brazil in exporting only thermally processed (cooked) beef into the U.S. APHIS has conducted risk analysis of the states of Brazil  — Bahia, Distrito Federal, Espirito Santo, Goias, Mato Grosso, Mato Grosso do Sul, Minas Gerais, Parana, Rio Grande do Sul, Rio de Janeiro, Rondonia, Sao Paulo, Sergipe, and Tocantis — that will export beef. The agency’s findings conclude that “Brazil has the infrastructure and emergency response capabilities adequate to effectively contain FMD in the event of an outbreak, as well as meet all other import requirements.” If an outbreak were to occur, Brazil would be required to verify that beef products do not originate in the area that has been under restriction for FMD until 12 months after the last case in the area has been eradicated. Only then could U.S. importation of Brazilian beef resume.

APHIS notes that beef imported from Brazil would be “subject to regulations that would mitigate the risk of FMD introduction, including movement restrictions, inspections, removal of potentially affected parts and a maturation process. Prior to actual importation of beef from these Brazilian states, USDA’s Food Safety and Inspection Service (FSIS) must also determine Brazil as eligible to export fresh/frozen beef products after a final regulation by APHIS has been published.” Before importation can begin, the USDA’s Food Safety and Inspection Service (FSIS) must also determine that Brazil is able to safely export fresh and frozen been products after the final regulation from APHIS is published. The proposal was published in the Federal Register on Monday Dec. 23 with the public comment period for it ending on Feb 21, 2014.