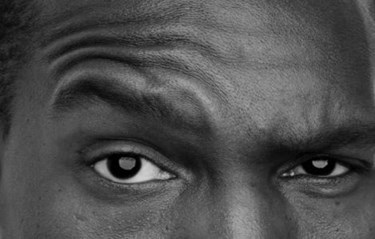 During May and June of this year, Multi-sponsor Surveys completed a study asking consumers about their confidence level in the food and beverage industry. The results are probably not what most American consumers want to hear.

Consumer confidence regarding food and beverage safety in the U.S. has dropped steadily over the past five years, reaching its lowest point since 2008, according to Multi-sponsor Surveys’ Study of Clean Food & Beverage labels. Of the 2,100 American adults sampled, only one in six of them expressed a “great deal” of confidence in food safety. In 2008, in the same sample size, one in four American adults expressed the same confidence.

The study also asked those sampled to express their deepest concerns regarding food safety. Topping the list was the safety of imported foods. Falling next in line was foods’ exposure to pesticides, followed by exposure to foodborne pathogens — E. coli, Salmonella, etc… — and finally, the use of growth hormones and antibiotics in livestock.

It might not come as much of a surprise that as consumers’ confidence in food safety has continued to decline, the efforts of consumers to eat fresh and unprocessed foods has increased. The study also reflects this. In 2008, 24 percent of the sample size “strongly agreed” that they “make a strong effort to consume fresh foods instead of processed foods.” The 2013 study shows that statistic jumping to 32 percent.

Clean label packaging was another aspect that Multi-sponsor Surveys’ study took a look at. It found that Millennials — falling between ages 18 and 32 — are the demographic that will most likely search for organic products. “Our recent Clean Label study found Millennials are more attracted to clean labels such as ‘all natural,’ ‘organic,’ ‘gluten-free,’ ‘free-range,’ and ‘hormone-free,’ than baby boomers or older adults, who are more focused on sugar, sodium, and whole grains,” says Karen Bundy, VP of Multi-sponsor Survey.

For the time being, it seems that consumer confidence in food safety will remain low due to the federal government’s shutdown. The FDA, USDA, and CDC — government agencies working together to protect the consumable products of Americans — are still at work, but at severely reduced staffing. However, the news isn’t all bad for American consumers, as there is a light at the end of the tunnel. Upcoming food safety measures like the Food Safety Modernization Act (FSMA) and the Produce Traceability Initiative (PTI) should provide consumers with confidence that imported foods will be safer, and all aspects of the food supply chain will be traceable, from farm to fork.