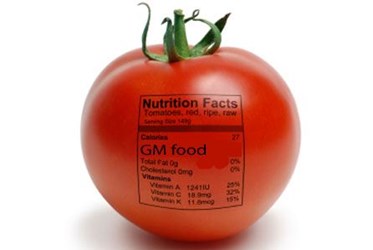 In a rapidly growing organic market, labeling is the big issue for consumers and manufacturers

Organic food has gone from a niche in the food manufacturing market to an industry of its own. As Food Online’s Sam Lewis points out, the organic food and beverage market was worth $70.7 billion dollars in 2012 and is expected to reach $187.8 billion by 2019. Marketing departments at many food manufacturers have responded to the significant growth projection by making products appear to be as organic as possible. This resulted in an intense food labeling battle between politicians, activists, and food processing companies.

Just two months ago, citizens of Washington State recently voted on initiative 522 in the 2013 mid-term election. Campaigns for and against I-522 — also called the Mandatory Labeling of Genetically Engineered Food Measure — stacked up as corporate agribusiness took on a flurry of natural food companies. The bill would have required certain food to be labeled as a genetically modified organism or GMO. The definition of a GMO, according to the I-522 Washington Official Voter Guide 2013, are those that have had “changes to genetic material produced through techniques that directly insert DNA or RNA into organisms or that use cell fusion techniques to overcome natural barriers to cell multiplication or recombination.” Companies against the initiative said it would only confuse consumers and increase the price of food as well as the burden on farmers and businesses. Ultimately, the bill was not passed. Had it passed, any misrepresented GMO food would face a penalty up to $1,000 a day per mislabeled item.

Washington isn’t the first state to put GMO labeling on the docket. California had a similar bill called Proposition 37 in the 2012 election that was also defeated. Connecticut and Maine have already passed legislation requiring the labeling of food that is considered genetically modified. However, those laws will not go into effect until neighboring states pass similar legislation.

Leaders on both sides of the GMO labeling debate will stay resilient and have vowed to maintain their positions regardless of the debate’s length. However, it is unclear how the battle will progress. With consumers becoming more aware of GMOs and a heavier incentive for mothers to feed their children organic food, the market will be forced to adapt somehow in coming years.