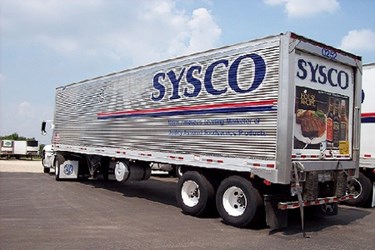 The food distributor’s California business has been penalized $19.4 million for allowing perishable foods to be stored in sheds without refrigeration units

In a major breach of the cold chain, Sysco has been found guilty of warehousing perishable foods — uncooked meats, seafood, and milk — in unrefrigerated storage sheds. The company, along with its seven subsidiaries within the state, has been ordered by a California court to pay a fine totally nearly $20 million. The district attorney of California’s Santa Clara County, Jeffrey Rosen, says the offense is a significant breach in consumer trust. “When we go out to eat with our friends and families, we should be assured our meals are safe to eat,” says Rosen. “It is not a luxury for our food to be handled with the utmost professional care to ensure it is not dangerous; that is your right, and that is the law.”

What's The Impact Of Big Data In The Cold Chain?

According to the case, Sysco’s food trucks delivered smaller food orders to the unrefrigerated sheds. The orders would later be picked up the company’s workers, using personal vehicles rather than the company’s, to bring customers their orders. But this isn’t the first time Sysco has been in the news for unacceptable cold chain practices. Last year, the company’s practices were uncovered by a local television station. That event prompted an investigation of the company’s food storage practices throughout California by the state’s Department of Public Health. That investigation led to an enforcement proceeding directed by the DA’s offices in Santa Clara and Santa Cruz counties. Eventually the investigation found that Sysco used 22 total unauthorized food storage facilities in California. Most of these units were not refrigerated or properly sanitized.

The nearly $20 million fine includes $15 million in penalties, $4 million in restitution — of which $1 million will be contributed to California food banks — and $3.3 million will go toward a five-year, California program to pay for the endeavors of state inspectors who enforce food transportation laws. Finally, Sysco will be required to make a company-wide food-safety program that promises that dangerous, illegal, cold-chain, food-storage practices will not occur again.