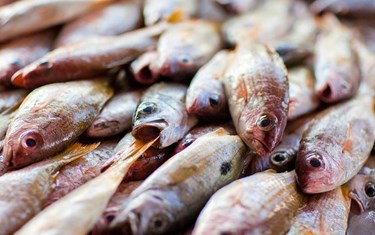 The coming decades will most likely bring higher mercury levels for fish that feed in the deep waters of the North Pacific Ocean. A study by Dr. Brian Popp, a professor of geology and geophysics at the University of Hawaii at Manoa, suggests the source of this mercury is power plants of developing countries in Asia, making this an international issue. “Our results are consistent with (but do not prove) that the ultimate source of mercury in the ocean is deposition of elemental mercury from the atmosphere,” says Dr. Popp.

In 2009, Dr. Popp wrote a paper demonstrating the correlation of water depth at which a species of fish feeds, and the amount of mercury found in that species. Deep ocean feeders typically have higher levels of mercury than those species that feed close to the surface. Even though mercury comes from the atmosphere, above the water’s surface, carried by wind from its source, Dr. Popp’s current study helps explain this phenomenon.

The current study shows that close to 80 percent of toxic mercury is produced at depths below the ocean’s shallowest layer, which receives abundant sunlight. The process of mercury becoming toxic stops at around 2,000 feet and is caused by bacteria attaching to particles of dead plants and animals that contain mercury. Sunlight helps break down toxic mercury, explaining why layers of greater depth, receiving less sunlight, have higher concentrations of mercury. If this trend continues, animals in the North Pacific Ocean’s fisheries will consequently contain higher levels of mercury.

For consumers concerned with exposure to mercury, but desire the health benefits of eating fish, Dr.Popp recommends consuming fish that feed on the surface. “We published work that showed that predatory fish that feed at deeper depths in the open ocean, like opah and swordfish, have higher mercury concentrations than those that feed in waters near the surface, like mahi-mahi and yellowfin tuna.”

There are measures being taken to reduce the levels of mercury in the oceans. The United Nations Environment Programme announced in January the agreement on an international effort geared toward reducing mercury emissions. The Minimata Convention, which has been in negotiation for four years, will meet next month in Japan, and will be open for adoption and signatures to initiate a global binding instrument against mercury emissions.