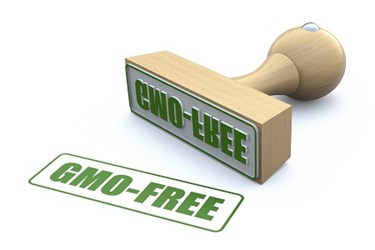 Consumers demand for food that has not been genetically modified could mean a price spike, as producers struggle to attain GMO-free inputs

In recent years, there has been a dramatic increase in demand for food produced without genetically modified organisms (GMO). Accordingly, many producers are looking to change products’ ingredients to meet this demand. The number of non-GMO verified products has grown drastically from 4,000 in 2011 to 14,800 in 2013. This surge, however, likely means price spikes for consumers in the near future.

General Mills’ announcement last month that Cheerios cereal would now be produced with GMO-free inputs was the culmination of a year’s worth of effort spent tracking down and acquiring ingredients that have not been genetically modified.  Although oats, which are the main ingredient in Cheerios, have no GMO varieties, acquiring sugar and corn free of genetic modification was a challenge.  In addition to procuring the GMO-free inputs, General Mills had to spend millions installing new equipment for processing the new inputs and constructing facilities to house them separately from their GMO counterparts.

Although officials at General Mills believe the change may help increase market share,

General Mills' Global Communication Executive Tom Forsythe says, “It is a sizeable investment. And it wasn't as easy as people think. It would be difficult, if not impossible, to do the same with our other products."

According to industry experts, the hurdle food producers face in acquiring GMO-free inputs could result in increased prices for consumers as the trend of GMO-free food grows. GMO crops were introduced18 years ago to help farmers combat weeds and bugs. They prove so effective that between 1996 and 2011, the total amount of the world’s farmland planted with GMO crops had increased from 1 percent to 10 percent. In light of this information, it should come as little surprise that GMO crops have become very persuasive in the supply chains of major food producers — so much so that securing GMO-free inputs in large and reliable quantities has become a difficult undertaking. But, as supply chains solutions are being created, many, Forsythe, feel that it is time for the federal government to step in and set a national standard for non-GMO food — one that creates consistent expectations for consumers and level the playing field for producers.

More than 90 percent of all corn and soybeans grown in the U.S. are GMO strains, meaning that the entire infrastructure for harvesting, storing, transporting, mixing, and purchasing is inundated with GMO supplies.  In order to supply truly GMO-free crops, farmers must plant non-GMO seeds, prevent pollen and other contaminants from neighboring fields from reaching their crops, store and transport the crops separately from GMO crops, and then maintain this separation all the way to the final product.  The extra care and attention necessary to accomplish this means that non-GMO food typically comes with a higher price tag, as supply still struggles to meet demand in an effective and efficient way.