FSMA Roundup: An Overview Of The FDA's Seven Major Rules 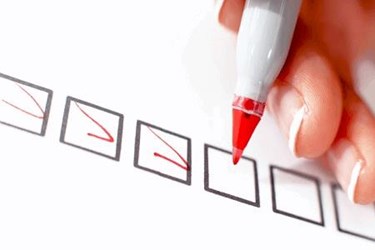 In 2011, President Obama signed FSMA — a body of regulatory works that quickly became the most sweeping reform of the U.S. food safety system in over 70 years — into law. The FDA published seven major rules under FSMA, each of which created new requirements that put more responsibility on industry to prevent contamination of the U.S. food supply rather than reacting to it. This article will review all of FSMA’s seven final rules and briefly cover points of compliance, as well as each rule’s compliance dates.

The FDA's Preventive Controls Rules apply to all facilities required to register with the FDA as a food facility, unless covered by an exemption (See page 19 of the final rule for a complete list of exemptions). A covered facility must implement a written Food Safety Plan that identifies known or reasonably foreseeable biological, chemical, and physical hazards related to foods in the facility. For each identified hazard, the Food Safety Plan must determine whether the hazard requires preventive controls and, if so, outline preventive controls to minimize or prevent that hazard.

While similar to other food safety programs, such as HACCP, ISO 22000, or BRC, these plans do not satisfy the requirement of having an FDA Food Safety Plan. A Preventive Controls Qualified Individual (QI) must create or oversee the development of a facility's Food Safety Plan. The Preventive Controls Qualified Individual may or may not be an employee of the facility.

The Preventive Controls Rules also require covered facilities to approve their raw material and ingredient suppliers when the receiving facility has identified a hazard requiring a preventive control. In approving suppliers, facilities must consider multiple factors, including the supplier’s performance (i.e., compliance with FDA regulations, including FDA warning letters, Import Alerts, etc). Facilities can use the FDA's public databases or a third-party tool to monitor a supplier's status.

The latest of the following dates:

The FSVP rule requires importers to verify their foreign suppliers are producing food in compliance with applicable FDA regulatory requirements. To approve a supplier, an importer must evaluate the risks posed by foods it supplies by determining potential hazards associated with each food, as well as by evaluating the supplier's performance (i.e., FDA compliance history). Importers must then implement an FSVP for each approved supplier and each food imported from that supplier. The rule gives importers the flexibility to choose appropriate verification activities for each food and supplier. Examples of potential verification activities include annual onsite audits of a supplier's facility, sampling and testing a supplier's products, or reviewing a supplier's food safety records.

The Sanitary Transportation rule created new requirements for shippers, receivers, loaders, and carriers that transport food in the U.S. by motor or rail vehicle to ensure food is protected during transportation, via both the design and maintenance of transportation vehicles and equipment and by taking appropriate measures to ensure food safety by maintaining proper temperature controls and protecting food from contamination. Shippers, loaders, carriers, and receivers must develop written procedures detailing how they will ensure the safe transportation of food according to their specific requirements under the rule. The Sanitary Transportation rule applies whether or not the food is offered for or enters interstate commerce.

As with the FDA's Preventive Controls Rules, the  Intentional Adulteration Rule applies to all facilities required to register with the FDA as a food facility, unless covered by an exemption (see section titled "Exemptions"). The rule requires facilities to develop and implement a written Food Defense Plan that assesses vulnerabilities within the facility, identifies a mitigation strategy for each vulnerability, and identifies monitoring procedures to ensure effectiveness of the mitigation strategies. A QI must prepare a facility's Food Defense Plan. 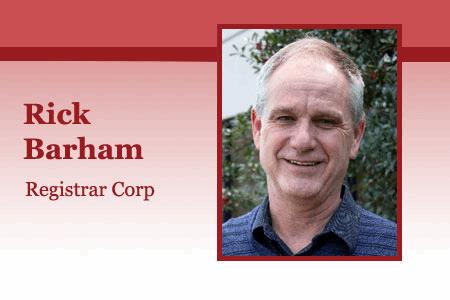 Rick Barham holds a Bachelor of Science degree in Animal Science from Virginia Tech and a Bachelor of Science degree in Accounting from Christopher Newport University. Mr. Barham has over 31 years of experience in the Food Safety profession. He acted as Regional Manager for the Virginia Department of Agriculture’s Food Safety Program. He has attended numerous training sessions with the FDA including Good Manufacturing Practice, Application, and Evidence Development; Dietary Supplement GMP; Managing Food Allergens; and Special Processes at Retail. He has also completed certifications or course work in Seafood HACCP, Better Process Control School (LACF and AF), Food Defense, Reduced Oxygen Packaging, HACCP, and held FDA Commission Credentials. He has been honored with numerous awards, including Inspector of the Year in 1992, the Food Safety Task Force Merit Team Award of Excellence in 2002 and FDA Leveraging Collaboration Awards for cooperative investigational work.

Mr. Barham may be contacted by email at rbarham@registrarcorp.com