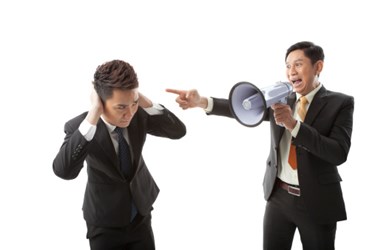 Advocates of food safety are giving the highest regards to the U.S. Department of Agriculture’s (USDA) Food Safety Inspection Service (FSIS) after the release of its Salmonella Action Plan on Wednesday, Dec 4. However, some criticize that the plan doesn’t dive deep enough into reducing the roughly 1.3 million instances of Salmonella illness each year in the U.S.

The new FSIS report names the Modernization of Poultry Slaughter Inspection proposal as its top priority. The proposal aims to quicken processing lines and reduce the number of FSIS inspectors within poultry facilities. Wenonah Hauter, executive director of Food & Water Watch, says the proposed plan doesn’t make the system “any more logical or protective of public health. It is still a deregulation of the poultry industry that will put consumers, workers, and even animal welfare at risk.”

Hauter is also skeptical about the agency’s statistics regarding Salmonella reduction. She says rather than proceeding with the Hazard Analysis Critical Control Points (HACCP)-based Inspection Models Project (HIMP), the federal government needs to step in. “The Obama administration needs to get the legal authority from Congress to hold companies accountable for putting contaminated food into commerce,” says Hauter.

Additionally, members of the U.S. House of Representatives are chiming in about FSIS’ new comprehensive plan. “While USDA’s initiative in issuing this plan is to be applauded, the substance falls short in addressing this important public health issue,” reads a joint statement from Rosa DeLauro (D-CT) and Louise Slaughter (D-NY). DeLauro is questioning if expansions planned in the proposed poultry slaughter program will benefit the industry. In September, a Government Accountability Office report spotlighted major flaws in the system. “Meat is continuing to leave these processing facilities contaminated with Salmonella,” says DeLauro. “We should be fixing the source of the problem, not leaving it up to consumers to guess whether their dinner will send them to the hospital.”

Slaughter furthers DeLauro’s case by mentioning the use of antibiotics in livestock production, which the new FSIS report makes no reference to. “I appreciate that the USDA is paying more attention to the issue of Salmonella,” says Slaughter. “However, the root of the problem with resistant super bacteria is the overuse of antibiotics in agriculture creating that resistance.”