FDA's GRAS Shortcut May Be Putting Consumers At Risk 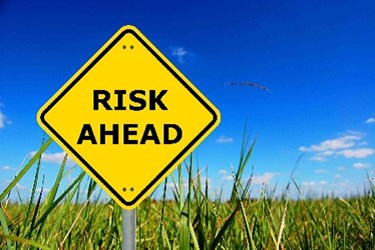 The process for determining if a food product is generally recognized as safe (GRAS) is greatly outdated. The GRAS reviews in use now were first conducted in response to a 1969 White House directive. The GRAS list, last updated on June 21 of last year, continues to be upgraded based upon those findings.

GRAS, simply put, is a shortcut to receiving FDA approval on certain food additives. GRAS does not require any government entity to sign off on the safety of a food additive or substance. GRAS depends upon the scientific data and information currently available in order to determine whether or not a substance being added to food is, in fact, safe for human consumption. One of the simplest measurements for determining GRAS is to review the substance. If no reported ill-effects from widespread-consumer use and review from the scientific community are seen, GRAS is granted. Food manufacturers use GRAS self-determination in order to facilitate product innovation and reformulation.

Throughout the years, new scientific information has come to light about certain substances that were previously considered GRAS, questioning the safety of these substances. One such example is that of cyclamate salts. In the late 1960s, President Nixon directed the FDA to evaluate the available safety information, using the scientific standards in use at the time, in order to affirm that GRAS substances were indeed safe. A procedure was set in place where individuals or companies could petition the FDA to review the GRAS status, especially for those additives not covered by the GRAS review that was part of the Food Additives Amendment in 1958. However, by 1997, the FDA found this cumbersome affirmation process to be labor-intensive and sought to change the rules. Basically, the changes allow for an individual or company to “inform” the FDA, rather than to “petition” the FDA for GRAS affirmation. A complete breakdown of the process can be read here.

More recent developments, such as the FSMA (Food Safety Modernization Act), may help to address the safety concerns about self-affirmation of GRAS items, ensuring that companies and individuals have sufficient data to support GRAS self-determination or affirmation. That being said, the truth is that GRAS is a low priority at the FDA, mostly due to a lack of resources. The FDA’s Division of Biotechnology and GRAS Notice Review has only 10 full-time employees working to process GRAS notifications. Since 2009, those notifications amount to about 40 a year. As of one year ago, out of the 451 GRAS notices filed since 1997, the FDA has responded to only 435 and has processed 79% of those with “no questions.”

Antonia Mattia, the director of the Division of Biotechnology and GRAS Notice Review has been quoted as saying, “Since 1997, we’ve done our best to modify, improve and enhance the GRAS notification program. But truth be told, the evolution is limited by the available resources.”

Just a few of the most notable GRAS affirmed substances with unresolved and/or ongoing attached controversies include: artificial sweeteners, MSG (Monosodium glutamate), salt, caffeine, GMOs and Nanotechnology. All of these are now under review by the FDA, or have been reviewed and approved by the FDA as GRAS, though the long-term health effects are still being discovered. Salt is a prime example of a GRAS ingredient that companies can use indiscriminately, but which raises blood pressure and is strongly associated with the risk of cardiovascular disease. MSG was reviewed by the FDA but is still considered GRAS. Though this amino acid occurs naturally in many foods, it can also be man-made, though no distinction is made in the GRAS process.