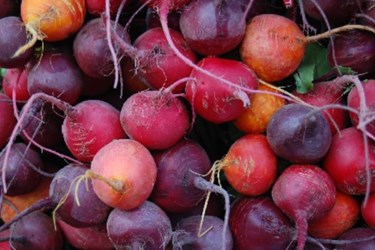 Following an early-January fatal accident at the company’s Lovell, WY facility, the FDA has overseen the product recall, sanitation, and re-opening processes

The FDA released a statement on Tuesday, Jan 28 addressing the voluntary recall of beet products created by Western Sugar Cooperative. A fatal accident at the company’s Lovell, WY plant may have caused contamination in some of the plant’s products.

The accident occurred on Jan 4 when 28-year-old Anfesa Galaktionoff accidentally fell into processing equipment that uses water to wash and transport sugar beets. Multiple agencies worked on the lift station — a closed system 200 yards north of the factory — through the night trying to remove the victim from the equipment. Shortly after, the company voluntarily ceased all operations at the facility.

Between January 4 and January 16, the company produced beet by-products — beet pellets, beat pulp, and beet tailings — for animal consumption. Some of Western Sugar Cooperative’s beet pulp and beet tailings were distributed to cattle producers as feed for livestock. However, none of the company’s beet pellets were distributed and all distribution of feed products ceased after Jan 11.

According to the FDA, “No sugar or molasses manufactured by Western Sugar Cooperative has been distributed for human consumption since the accident occurred. The company has agreed to destroy all products manufactured for human consumption during this time.” The FDA also states, “While the animal feed product is adulterated, there are no known human or animal health risks.” All of Western Sugar Cooperative’s customers receiving beet by-products were notified of the situation and the company is in the process of retrieving all of the recalled products.

The FDA has been working with the Wyoming Department of Agriculture (WDA) and the U.S. Department of Agriculture (USDA) to assess the situation. Together, the WDA and FDA asked Western Sugar Cooperative to develop and implement a sanitation plan for the Lovell, WY plant. According to the FDA, Western Sugar Cooperative agreed to the request and has conducted a sanitation operation, overseen by food safety inspectors. The sanitation effort and further inspections of the facility met FDA, WDA, and USDA standards and the administration officially closed their inspection on Jan 24. The company resumed the processing of sugar beets that evening.