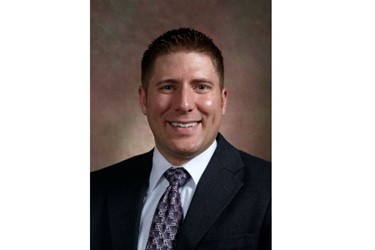 Senior Sales Director of Eriez-USA Dave Heubel announces that John Klinge has been promoted to the newly created position of Director, Strategic Sales-Aftermarket. In this role, Klinge will head Eriez® aftermarket business, which includes the company’s service, repair and spare parts departments.

Klinge will be responsible for developing key sales strategies, tactics and action plans to expand all facets of Eriez aftermarket business. Heubel says, “During his career with Eriez, John has consistently demonstrated an unrelenting drive and commitment to continuous improvement. He has a proven ability to bring out the best in his team and exceed sales goals.” He adds, “We are confident that Eriez’ aftermarket business will grow and thrive under John’s direction.”

Klinge joined Eriez in 2008 as a Technical Sales Representative and has excelled and earned consistent promotions. Most recently, he served as Light Industry Market Manager. His many achievements in his 11 years with Eriez include spearheading the development and release of the company’s extremely successful latest generation Xtreme® Metal Detectors.

Prior to his employment with Eriez, Klinge served as a Captain in the U.S. Army. He earned bachelor’s degrees in political science and business as well as military science from the University of Pittsburgh. He also holds a master’s degree in business administration from Penn State Erie, The Behrend College.