5 Critical Step To Prepare Your Business For New Funding 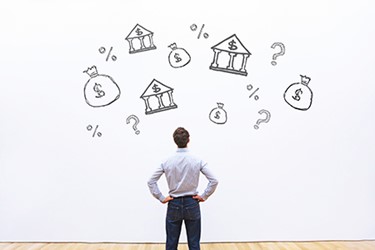 The capital markets landscape of today is vastly different than the space the first dot.com companies flooded some 20 years ago. The number of IPOs has continued to decline since its height in the late 1990’s, but public companies today are generally much more stable and larger. About 140 companies now each exceed $50 billion in market value, representing more than half of the total US market capitalization, according to the Securities Exchange Commission (SEC).

At the same time, the private capital market has exploded. Regulatory changes and economic and market conditions have prompted many companies that may have considered an IPO earlier to stay private longer, financing through venture capital, private equity and debt financing. The explosion in private funding is clear evidence of the shift In 2006, $31.2 billion of venture capital money funded 2,888 private US companies. In 2015, $77.3 billion went into 4,244 companies, according to the SEC.

The landscape has been immutably altered by regulatory mandates, from those like SOX applying to public companies, to legislation like the Jumpstart Our Business Act (JOBS) that has fueled private capital markets by allowing emerging companies easier access to private capital, and enabling them to remain private longer.

And it all amounts to one simple fact—scrutiny of both public and private companies is perhaps at its highest ever. Between compliance with regulatory mandates and meeting heightened investor expectations, companies prepping an IPO who haven’t operated as such for many years prior are bound to struggle. And because private companies are staying private longer than they had ever had before, the stakes for strong financial stewardship are much higher, with private investors scrutinizing “the numbers” as it gets harder to find goods deals and generate good returns.

There is little room for error, and the importance of planning and preparation is paramount. With that in mind, we’ve compiled five steps firms operating in the capital markets can take to ensure their financial processes and system landscape will prepare them for success.