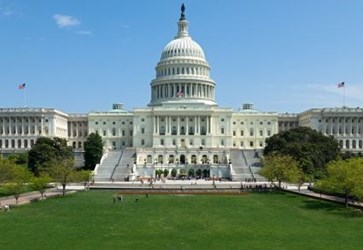 Food producers and suppliers are probably breathing a huge sigh of relief, while concurrently holding their breath. This proposed bill for the food industry could end up being a game-changer

Senator Dick Durbin (D-IL) and Representative Rosa DeLauro (D-CT) have introduced legislation that will effectively combine all of the U.S. agencies currently working on food safety. Under the umbrella of the Department of Health and Human Services, there are nine centers and offices, one of which is the FDA. If you look to the bottom of the FDA’s organization chart, you will see four Centers to the right side of the chart. All of these fall under the Offices of Foods and Veterinary Medicine and the Office of Global Regulatory Operations and Policy. The text version of the above chart is even more confusing.

The proposed bill will combine numerous Centers and Offices into one entity, doing away with much of the duplication of efforts most governmental agencies are guilty of. This one step will make life incredibly easier for food processors, as well as freeing up funding for implementation and monitoring. DeLauro says the bill will build on the improvements being made through the Food Safety Modernization Act (FSMA).  Michael Taylor, the Deputy Commissioner for Foods and Veterinary Medicine, has led the FDA’s efforts to draft regulation designed to more-efficiently deal with food safety. This legislation may very well be the missing piece of the puzzle that will enable full implementation and the means with which to make it happen, with the funding currently in place.

The bill seeks to combine the following entities under one, combined organization, with the key word being organization, something that has been lacking:

Could the bill go a bit further? Yes. For example, under the AMS, there is a Science & Laboratories division which provides chemical, microbiological, bio-molecular, and physical analyses. Could laboratory functions be reorganized? This is also where the Shell Egg Surveillance Program resides, under the division of Regulatory Programs. Under APHIS, in addition to the offices overseeing Animal and Animal Product Import & Export Permits, are there others within that organization that could be reassigned? How about this one: the National Marine Fisheries Service, under the NOAA, under the DOC. Food and food safety is just one very small portion of what the government oversees, and yet, it is abundantly clear that reorganization would be beneficial. And we haven’t even touched on the myriad regulations (the CFR21, CFR9…this act and that act) that could also do with an overhaul. Is it such a novel idea to have one document governing food safety?

However, maybe baby steps are necessary. These two legislators have introduced this type of bill five times in the past, the most recent happening in 2007. Maybe with FSMA’s success, bipartisan support will be more forthcoming. The 10 cosponsors (three in the senate and seven in the house) of the bill are all Democrats, but that should not be the reason to squash it. Will some people be out of a job? Maybe. We all have to make hard decisions for our businesses to function efficiently; the government is the largest business of all. If put to a vote, the American people would most likely vote for fewer chiefs and a more balanced budget.