Antibiotic Use In Livestock Under Fire 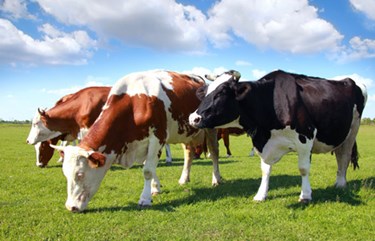 The CDC issued a 114-page report to the public last week calling for the routine use of antibiotics in livestock to be phased out. The report states that continuous use of medications promotes the growth of germs that are particularly resistant to antibiotics, called superbugs. “We talk about a pre-antibiotic era and an antibiotic era,” says the CDC’s director, Dr. Thomas Frieden. “If we’re not careful, we’ll be in a post-antibiotic era. For some patients and microbes, we’re already there.”

The report also spotlights the role antibiotics play in the industrial production of livestock, which often receive drugs to promote fast growth. Staff attorney for the Natural Resources Defense Council, Mae Wu noted that nearly 80 percent of the antibiotics sold in the U.S. are not given to humans, but animals. Wu criticizes the FDA’s efforts, or lack of, to reduce unnecessary use of antibiotics in livestock. “Up to half of antibiotic use in humans and much of antibiotic use in animals is unnecessary,” the CDC report says. This comes in criticism to the FDA’s recent suggested parameters for antibiotic use in animals raised as food. Under the proposed guidelines, the FDA says drugs are only used when medically necessary and should only be used to target specific diseases and health problems.

However, the use of antibiotics is not allowed in animal raising in organic farming. Instead of providing medications for animals, organic farmers provide living conditions and preventative healthcare to promote animal health. Also, U.S. organic standards expect organic livestock to receive 100 percent organic feed along with access to pastures. Additionally, organic standards — federally regulated with third-party certification by USDA-accredited certifiers — also prohibit genetic engineering, toxic pesticides, and sewer drainage into fields. “By choosing meat and dairy products bearing the organic label, consumers can avoid contributing to antibiotic-resistant bacteria,” says Director of Science Programs, Jessica Shade, PhD., of The Organic Center. Shade adds, “If everyone chose just one organic product out of every 10 they purchased, we could eliminate over 2.5 million pounds of unnecessary antibiotic use each year. That could go a long way in reducing the development of antibiotic resistance.”

There is still a lot of debate as to how much the use of medicine in livestock contributes to illness in humans. Opponents of drugging animals are quick to show studies finding livestock-associated strains of superbugs, like salmonella and staph, in humans. Advocates of this practice site evidence that contamination between humans and animals is a two-way street, and most superbugs come from the human use of antibiotics. Further, they argue even if superbugs are present in animals, illness from them can be prevented through proper preparation and cooking. But, just because illness in humans from antibiotic drugs in livestock can be prevented, doesn’t guarantee disease can’t occur in other ways. “This report is confirmation of warnings issued years ago by scientists about the use of antibiotics in livestock and the development of resistant strains as a consequence of their use,” says Warren Porter, professor of zoology at the University of Wisconsin and a member of The Organic Center's Science Advisory Board. He adds, “The problem is all the more serious now because of emerging evidence of subtle immune suppression in the human population as evidenced by the rise of diseases related to reduced immune competence.” In other words, Porter is saying too much of a good thing — antibiotics developed to combat illness — is actually a really bad thing.